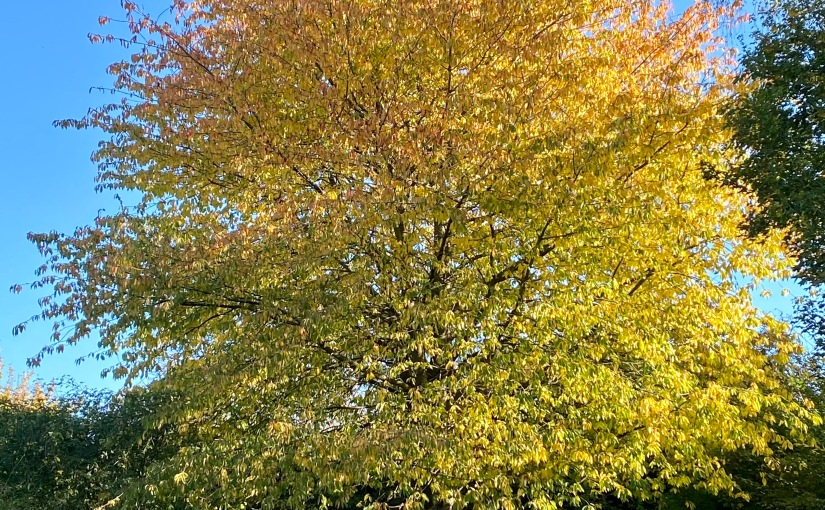 My first therapist Diana Kahn has been in my thoughts every day for many years. I loved her so much. The mother/protector I never had. The outraged one, the loving one, the fierce and driven one. The one who knew well before I did how my abuse would stretch outward and through my life forever.

She was the third person I disclosed to, aged 21, the second being my beloved creative writing professor and her friend, Diane Vreuls. Today I heard that Diana Kahn had died recently. The person who wrote to tell me this was Diane Vreuls. I feel as if the wind has been knocked out of me.

The ties with these two compassionate women stretch out over 35 years, and run deep. These women, between them, saved my life. Probably literally.

Diana Kahn prepared me for living, for life. She helped me be able to love, which I have gladly and wholly done for many years now. She led me toward my best self, the one that had been overshadowed by abuse, by shame, by fear. She kept me safe. My ability to be happy, to find joy, to believe in the future — all of this, I owe to her care, her insights, her encouragement, and her love. Rest in peace, you beautiful person.

It only takes one person to act, to know and understand. To help us heal. Here’s how I write about that time, in 1985, in my memoir, Learning to Survive:

it only takes one

Everything cascades into new places like dominos in my final year at Oberlin College [university], albeit in a slow and observable chain. After the summer, as if nothing has happened, I return to writing classes, this time to prose, with Diane Vreuls.

I begin to work on a story around a young woman called Roberta, and a young man called Alex. And the parallel narrative of her past, which involves something sinister. In the copy I have, I can see that I have made copious notes for Diane – ideas for development, acknowledgments of failings. I also state that there is a ‘father story’ here, though so far it’s not reflected in the text. The notes are chirpy, well organised.

Diane calls me in for a tutorial on the initial four pages. I still have the copy she hands back to me then, and at the bottom, in small red writing, are the words ‘not enough for 2 weeks’ work’. It’s clearly a mess. She looks at my pages, all of them sketchy and faint. I can see I have disappointed her. She asks me to tell her about the story. I try to talk about the girl in it, and the love that must happen between her and Alex, somehow. About the other, different story I’ve started. Diane then asks me about the ‘father story’ line. She wonders what it is doing here, really, and how it connects to the floating interludes with some ‘she’ character, and some older ‘he’ character? There is too much, way too much, she says, unsaid.

Of course, I have no words. I don’t even know how to talk about this. I have no idea what I’m doing. Then she turns her chair, directly facing me, and says, her voice a little shaky, ‘You are trying to write the same story over and over, do you see that? And it’s not happening.’ I must nod. Then she says, ‘Is there something you need to tell me?’.

And I tell her. I am trembling all over. As much as I can tell anyone at that stage, I tell her. I tell her what my father did. I cannot yet cry about it, but she does. She asks about therapy, and I tell her about my last experience in that grand room. She is furious, and I later find out she makes an official complaint. But for now, and immediately, she phones her friend, a therapist called Diana Kahn – right there, while I’m in the office. She asks my permission to tell Diana a little bit, and I give it. I trust her completely; I give everything over. I tell her that I have no money at all to pay for anything. I don’t know what I’m going to do. Diane says not to worry. Not to worry any more about such things, because this is far, far more important.

I see the therapist Diana the next week, and twice a week at least for the following year, reducing to once a week for another year. She is fierce, and knowing, and protective. She releases me. She saves me. She begins the deep healing. And she pursues my father for every cent of her time, finally threatening him with a lawsuit. After which, he – surprise surprise – pays up.

I have never been able properly to express my gratitude to Diane Vreuls. For her compassion, her alertness, and for the friendship and love she shows me for years after. For the phone call she makes right there and then. But I hope that at times I’ve been able to embody her and make a difference. I promised myself I would, as soon as I started teaching 30 years ago. I promised myself that I would never turn away from a student in crisis, and I believe I never have. I know from experience that some changes in life can turn on a dime. Instead, I have numerous times picked up the phone, right there and then. I have made counselling appointments, I have walked students to the doctor’s office. I have had to tell students’ parents that I think their baby is in trouble. And I tell such students – often – of my own struggles. And of how my life is now. That there’s hope. Lots of it.